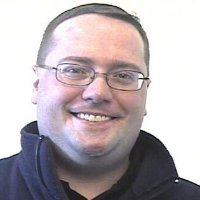 Not Another Boring Vendor Talk

Who wants to hear a boring talk about how great a vendor’s products are? You already know that Cisco’s products are great — and you should go buy some — so let’s talk about interesting technical stuff, instead.

This talk will focus on two main issues. First, current thoughts on revamping MPI initialization, finalization, and global state (e.g., MPI_COMM_WORLD). In particular, looking towards fixing many of the issues that were not able to be solved by MPI-3.1’s declaring MPI_INITIALIZED and friends always thread safe. This is basically an “inside look” at how research and evolution discussions occur within the MPI Forum itself.

Second, this talk will discuss Cisco’s evolution and journey from the legacy Verbs API to the modern community-based Libfabric API for support of our OS-bypass usNIC device (“Userspace NIC”). Emphasis will be placed on discussing *why* we chose to make this journey (it cost time and money, after all), and the roadmap for the libfabric effort.

Biography
Dr. Jeff Squyres is Cisco’s representative to the MPI Forum standards body and is Cisco’s core software developer in the open source Open MPI project. He has worked in the High Performance Computing (HPC) field since his early graduate-student days in the mid-1990’s, and is a chapter author of the MPI-2 and MPI-3 standards. Jeff received both a BS in Computer Engineering and a BA in English Literature from the University of Notre Dame in 1994; he received a MS in Computer Science and Engineering from Notre Dame two years later in 1996. After some active duty tours in the military, Jeff received his Ph.D. in Computer Science and Engineering from Notre Dame in 2004. Jeff then worked as a Post-Doctoral research associate at Indiana University, until he joined Cisco in 2006. In Cisco, Jeff is part of the VIC group (Virtual Interface Card, Cisco’s virtualized server NIC) in the larger UCS server group. He works in designing and writing systems-level software for optimized network IO in HPC and other high-performance types of applications. Jeff also represents Cisco to several open source software communities and the MPI Forum standards body.

Location update: all sessions will take place in the Inria building.